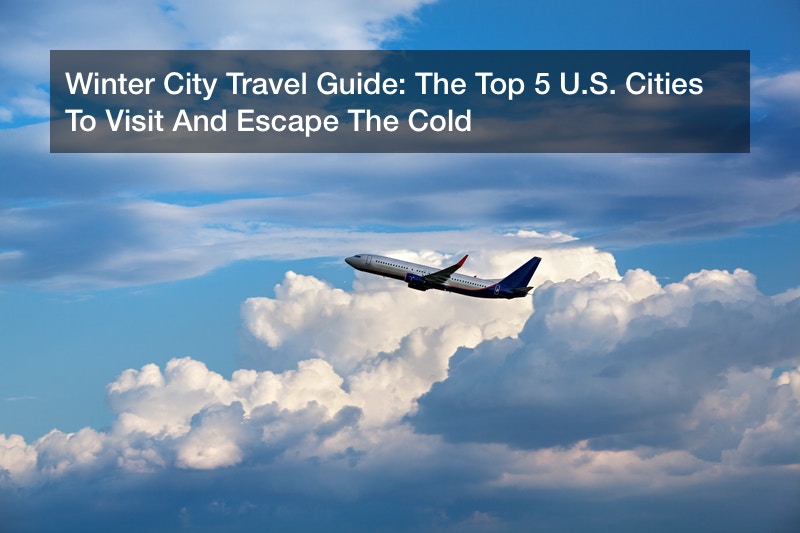 It probably won’t come as a surprise to find that 96% of Americans workers report that vacation time is important to them. We all value our vacations. It’s what makes work worth it, for a lot of people. For that matter, many of us don’t get to go on too many vacations, which makes them all the more precious. Lots of people end up spending their vacation time on “staycations” — staying at home and having fun there — rather than really traveling. But with that being said, when it comes time for you to go on vacation, you may feel stumped about where go, flipping through city travel guides for inspiration. Often, it’s a matter of settling on one particular idea, then narrowing down which locations would be the best places to visit in order to make the most of it. While many people are enamored of the idea of a summer beach vacation, not only are these locales often crowded — summer is usually the most expensive time to go as well. Which is why we suggest, for the sake of not only saving money but enjoying a unique vacation, going south for the winter.

There are many different advantages to visiting a literal hot spot during the winter time. For one thing, you won’t need to compete with as many different tourists. For that matter, you won’t have to worry as much about being in sweltering heat. While lots of southern cities are much warmer during the winter than northern locations, they’ll also be more temperate during the winter than they would be during the summer. In other words, you might not have to blast your air conditioning in December quite as much as you would in July, even if you visit Florida. You’ll likely be able to find better deals than you would during the prime summer season, especially if you avoid the direct Christmas holidays. Of course, if you do decide to go during Christmas, there will likely be plenty of events for you to take advantage of, as well as beautiful holiday decorations. With that being said, different cities certainly have different things to offer, which is why we’re laying out a bit of a mini city travel guide for each one of your recommendations. So — let’s look into the top five American cities that you should consider when flying south for the winter.

There are plenty of reasons why people love to visit Charleston, South Carolina — during all times of year. But there’s a certain advantage to avoiding the sweltering heat and humidity by visiting during the winter. Depending on the year, Charleston may not be the warmest option that you can visit; the beaches can still be a little chilly in December. However, the city often experiences warmer weather during the winter time, and it offers a wide variety of different sights for you to see. Charleston is a historic city, and is known not only for its beautiful beaches but its amazing architecture and cultural scene. You’ll be able to feast on amazing seafood — which is why you’ll want to do some meal planning ahead of time, in order to hit the best possible restaurants, like FIG, the Charleston Grill, and 167 Raw — and step back in time all at once. Though Charleston is often known for its summer arts scene, city travel guides can point you to indoor galleries like the Gibbes Art Museum and the Halsey Institute of Contemporary Art, which are fantastic to visit during the winter. Any city travel guide worth its salt will also recommend that you visit the famous Battery, which is essentially a wall that borders the sea. This way, you can get beautiful ocean views; and if you would like to get a better idea of what is under the sea, try checking out the Charleston Aquarium. This will certainly shield you from some of the cooler weather, if you happen to be out and about on a cloudy day. You should also consider shopping at the Charleston Market. Not only can it offer a selection of jewelry to rival any jewelry store — it can also offer souvenirs, snacks, and even clothing, all in an environment you wouldn’t find anywhere else. Finally, if you’re looking for the perfect picture, visit Rainbow Row, a block of historic houses that are brightly colored and impossible to miss. Don’t trust any city travel guide that doesn’t recommend Rainbow Row for your Charleston visit!

Miami is hardly a hidden gem; most city travel guides will point to it as one of the most popular metropolitan cities in the country. But with that being said, Miami is surprisingly neglected during the winter, and may in fact be more commonly visited by snow birds at that time. There are plenty of reasons why people love Miami. For one thing, the city has some of the best beaches in the country — which, as Florida is quite far down south, often remain accessible throughout the year. For another, Miami is essentially a cultural melting pot. The city has a strong Cuban influence, with some of the best Cuban food in America — and if you’re looking for a burger joint that fuses Cuban flavors with American traditionalism, look no further than El Rey De Las Fritas. The restaurant is a fixture of Miami, with a retro vibe. The burgers there are made in the Cuban style, and accompanied by shoestring potatoes. Of course, a lot of people have a false impression of Miami — they believe that it’s a place where people go strictly to party. While there is a strong urban scene — and Miami is home to some noteworthy tattoo shops, like Tattoo & Co Midtown Miami — Miami also has a lot to offer to people exploring more relaxed vacations. You could relax by the beach, explore restaurants, or stroll by the Art Deco Historic District and Ocean Drive. For that matter, you may want to stop by the Vizcaya Museum and Gardens. That way, you’ll be able to not only enjoy the museum, but take some beautiful photos! By staying central to Miami, you’ll still be close enough to access nearby attractions like the Everglades National Park. Florida is packed with sights to see, and being in one of its biggest cities means that you’ll be close to all of them!

While a lot of city travel guides will have you sticking to the East Coast — which admittedly is often less expensive than the West Coast — we’re going to direct you towards California for our next recommendation. San Francisco experiences great weather during the winter time. As California tends to be dryer and less humid, it often offers better weather in general. There are a lot of reasons to visit San Francisco. For one thing, it’s one of the larger and more culturally diverse cities in the country. It’s known for its vibrant party scene, while also retaining a flair that appeals to everyone — not just those looking to dance. For that matter, San Francisco is far more historically significant than many would realize, with a lot of its buildings being quite old and retaining a West Coast charm that’s impossible to duplicate anywhere else. Of course, you’ll want to look at famous landmarks, like Pier 39 and the Golden Gate Bridge, as well as Fisherman’s Wharf. San Francisco is also famous for its trolley system. You won’t have to worry about hiring a car service when visiting the city — it will be easy for you to get from place to place through public transportation. Of course, if you want to go a bit off of the beaten path, you may want to schedule a visit to Alcatraz Island as well. It may seem intimidating to devise a way to visit the island — but in this day and age, it’s quite the tourist attraction. Most city travel guides of San Francisco will be able to lead you through the process of visiting Alcatraz. San Francisco also isn’t that far a drive from San Diego; which means that as is the case with Miami, you’ll be able to check out multiple places when you visit San Francisco!

Returning back to the Southeast, let’s look at one of the most colorful cities in the country. Everyone knows about New Orleans. It’s spawned countless city travel guides that are specifically about the rich cultural experience it can provide. Visiting New Orleans means that you can shed the strain of everyday life and really enjoy yourself. For that matter, the city is no stranger to people visiting during the winter time — Mardi Gras takes place in February, and is easily the city’s biggest celebration of the year, complete with parades and amazing festivities. Of course, New Orleans is far more than just its Mardi Gras celebrations. The city is home to wonderful food — don’t forget to try beignets, and if you’re more adventurous consider sampling fried alligator or frog legs — and amazing attractions. Bourbon Street is known worldwide for its amazing atmosphere and vibrant music. You may even want to take a voodoo tour. New Orleans certainly isn’t shy about its ghost stories, and exploring the cemetery at night can offer you the opportunity to experience as side of the city that you never would otherwise. Of course, New Orleans is well known for its French influence; you can easily see this at the St. Louis Cathedral, as well as Jackson Square. New Orleans is perhaps one of the few cities in the U.S. that still holds on to its European influence, as most city travel guides can attest. It’s definitely a place that you wouldn’t want to miss out on.

Well — if you’re looking to visit a place in the U.S. that feels as if you’re visiting another country, look no further than Hawaii! If you’d like to go to Hawaii, you may very well want to visit specific city travel guides. That’s because this place is unlike anything you’ll experience in the continental U.S. Honolulu is known for its gorgeous beaches — but the city has yet to lose its unique Hawaiian cultural flavor. Remember that Hawaii has been a state for far less time than most other states, and beforehand was an independent kingdom. In Honolulu, you can visit Diamond Head, a dormant volcano that remains an iconic landmark, as well as Iolani Palace, which is home to Hawaii’s last monarchs. You’ll also be able to go shopping, and collect the types of souvenirs that your family will appreciate. Don’t forget to try a luau while you’re there! On a more serious note — another benefit of visiting Honolulu is that it is home to Pearl Harbor, which means that you’ll be able to visit the Pearl Harbor museum and pay your respects if you wish. Hawaii is a blend of cultures in this day and age. However, it still hasn’t lost its uniqueness; and Honolulu is a perfect example of why.

You won’t want to strictly stick to a city travel guide when traveling across the U.S. Give yourself some time to explore your vacation spot, and enjoy it from your own perspective. Yes, you’ll want to hit all of the top attractions. But you should still cater to your own interests. All of these cities will give you a different experience; it’s just a matter of deciding which one is best for you!

Caroline is a freelance content creator and creative writer. VCUArts alum with a focus on the arts, travel, and culture.